This year, NPR Music is celebrating Black Music Month with an array of brand new Tiny Desk concerts — both from home and from behind our beloved Desk. Together, these artists represent the past, present and future of Black music. This month of carefully curated shows is a celebration of Black artists expressing themselves in ways we’ve never seen before, and of the Tiny Desk’s unique way of showcasing that talent.

Bobby Carter | June 30, 2022
“We celebrate Black Music Month. This has been Black magic.” Truer words may have never been spoken behind the Tiny Desk as R&B goliath Usher caps off our month-long celebration of Black music, highlighting a catalog chock-full of hits spanning 25 years. It’s been over two years since NPR headquarters was abuzz with chatter of a legend in the building. After an early morning rehearsal for his set at the Something in the Water Festival in Washington, D.C., he made his way over to deliver an unforgettable performance.

Usher and his band, all dipped in black, set it off with an introduction over a funky horn-laced instrumental reminiscent of a Blaxploitation flick. They keep that groove going right into a reworked version of his 1997 breakout single, “You Make Me Wanna…” Twenty-five years later, Usher sits arguably as the king of R&B. Between 2000 and 2010, there was no debate whatsoever, with his string of records that included the biggest R&B album of the 21st century, Confessions.

What he’s done in the vocal booth is only half of his claim to fame. The stage is where he’s continued to shine as he prepares for the second leg of his Las Vegas residency. This loose and playful set touches on his many career phases; the crooning, the deeply personal, the club bangers and even the Tik Tok challenges indicate that he could just be reaching his prime. Recently, we’ve heard plenty of hot takes, wild battles and social media fodder about who sits at the mountaintop in the world of R&B. Usher Raymond has entered the chat. 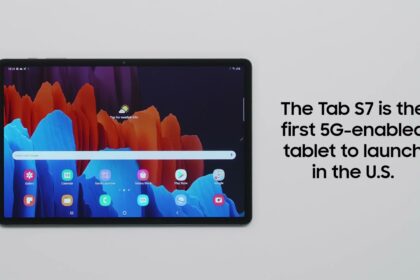 10 tips for getting more out of your Galaxy tablet